To share your memory on the wall of Luella Senker, sign in using one of the following options:

Receive notifications about information and event scheduling for Luella

We encourage you to share your most beloved memories of Luella here, so that the family and other loved ones can always see it. You can upload cherished photographs, or share your favorite stories, and can even comment on those shared by others.

Posted Oct 15, 2020 at 04:27pm
So sorry to hear about Luella. My mom (Phyllis Marshall-Coffey), enjoyed bowling with her and her friendship. I'm sure they have met again in Heaven to reminisce.

Posted Oct 15, 2020 at 04:18pm
Luella will be missed by so many bowlers, but non more than me. She was a great inspiration to just keep doing what you love to do. Please let me know when the service is. Tammy Knisely

Posted Oct 13, 2020 at 06:58pm
Tobi and family;
Our deepest sympathy in the passing of your grandma.
Thinking of you
Ed and Jeannette Parshall
Comment Share
Share via: 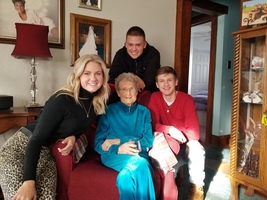 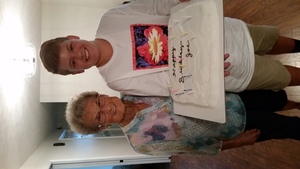 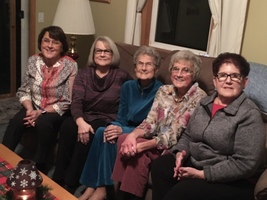