To share your memory on the wall of James Almond, sign in using one of the following options:

A funeral service will take place at 1:00 pm on Monday, November 2, 2020 at Lockwood Community Church with Pastor Shayne Looper officiating. Interment will follow at Evergreen Cemetery. Visitation will be Sunday, November 1, 2020 at Lockwood Community Church from 3:00 – 5:00 pm. The family is requiring that everyone wears a mask for both the visitation and funeral. The family was cared for by Dutcher Funeral Home.

James was born December 14, 1939 to Wayne and Alice (Ken Knight) Almond in Coldwater. He married Kay Eslow on October 4, 1969 at St. Paul Lutheran Church in Coldwater. She preceded him in death on June 15, 2004. He was a hardworking man starting his career at Gambles as an Executive Assistant. Jim later worked at D and R Lumber in purchasing, Seaman’s Office Supply in sales and finally at Wickes Lumber as an inventory manager where he retired.

Jim was an inspirational man of strong faith and tireless involvement in his community. He was known for his contagious smile, fun and boisterous laugh and a positive outlook that spread to anyone he met. Over the years, he volunteered as a Sunday School Teacher and held various leadership positions on committees at the churches he attended including First Baptist Church, Snow Prairie Church; and most recently Lockwood Community Church. Jim also volunteered for many years as a Boy Scout Leader, mentor at the Beginnings Care for Life and at the Branch Area Food Pantry. Jim’s true joy in life was being around his family, especially his grandchildren and great grandchildren.

Memorials may be directed to the Beginnings Care for Life. www.dutcherfh.com
Read Less

Consider providing a gift of comfort for the family of James Almond by sending flowers.

Posted Nov 08, 2020 at 08:51pm
My condolences and prayers to Jim's family. So sorry to hear of his passing. We graduated with the Union City class of 1957 together. It was always great to meet with him during our alumni banquets. He will definitely be missed. As you grieve, know that I am remembering you and honoring the memory of Jim.
Comment Share
Share via:
JP

Posted Nov 01, 2020 at 01:22pm
A life-long friend, Jim was like a brother, even causing people at times to ask if he was a member of our family! His infectious smile and spontaneous laugh displayed the joy he had in his heart for all he came in contact with. He was a true “servant leader”: at home, in business, and in doing the Lord’s work. His love for family had no end, for in his “walk with Jesus” on earth, he was a witness of the joy of knowing Jesus on a personal relationship. This witness brought and will continue to bring life changing decisions for Jesus to those who knew him and will learn to know about him through the legacy he leaves with us. To God be the glory for you, my dear friend and Brother in Christ.
Comment Share
Share via:
JH

Posted Oct 31, 2020 at 06:15pm
Praying for your family during this time that you will sense God's peace and comfort. Jim was a friend of our family. Always smiling and even picking on me as I grew up and when I worked at the hospital. I am rejoicing that one day we will be reunited with him because of Jesus Christ. Psalm 116:15 "Precious in the sight of the Lord is the death of His saints." I am sure he heard Jesus say "Welcome home, my good and faithful servant."
Comment Share
Share via:
JS

Posted Oct 31, 2020 at 09:23am
So sorry to hear of your loss. Remember our Friday night suppers at Fabiano's and birthday parties for Alice and Wayne
Comment Share
Share via:
MH

Posted Oct 30, 2020 at 02:42pm
So sorry to hear of Jim's passing. I will miss his smile. Even after many years he always remembered me when we would see each other around town. Hi will be missed but I'm glad I will see him again some day on the other side.
Melissa Houtz
Comment Share
Share via: 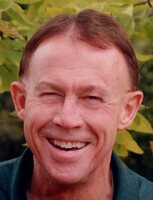