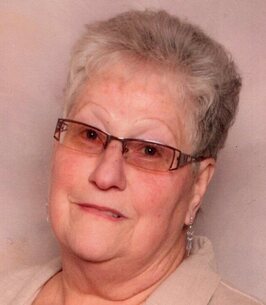 Barbara Jane Byrd Clifford, 84 of Coldwater passed away Wednesday, March 2, 2022 at Ascension Borgess Hospital in Kalamazoo. Being the lifelong giver that Barbara was, her last selfless act was being a “Gift of Life” donor. In following her wishes, cremation has taken place and no formal services are planned. The family was cared for by Dutcher Funeral Home. Barbara was born November 11, 1937, the daughter of Richard Clifford in Coldwater. She was a hardworking lady, spending many years at Acorn, Maple Lawn, and finally retiring from the Coldwater Community Schools. At one time she was a member of the Coldwater Moose Lodge. Barbara was an avid sewer and embroiderer. Most of her creations were in the form of blankets which she gave away to family, friends, and children. She will be remembered for her kind and giving spirit. Barbara is survived by her children Vickie Fry of Coldwater, Diana Parshall of Coldwater, Sue Parshall of Greenville, IN, and Teresa Byrd of Coldwater; her brothers Steve (Lorraine) Clifford of Angola and Jack (Dora) Sabaitis of Coldwater; 9 grandchildren, 16 great grandchildren, 2 great, great grandchildren; and her really good friend Tarri Ackley. She was preceded in death by her parents; her son Don Parshall; her brothers Lewis and Ralph Clifford, and Richard Travelbee; her sister Doris (Dick) Rummel; her son-in-law Jim Fry; and Mae Easterday who was almost like her mom. Memorials may be directed to the Branch County Humane Society. www.dutcherfh.com