To share your memory on the wall of Angelie Barve, sign in using one of the following options:

Receive notifications about information and event scheduling for Angelie

Consider providing a gift of comfort for the family of Angelie Barve by sending flowers.

We encourage you to share your most beloved memories of Angelie here, so that the family and other loved ones can always see it. You can upload cherished photographs, or share your favorite stories, and can even comment on those shared by others.

Posted Nov 20, 2020 at 04:10pm
Sending our deepest sympathy’s. Angie was such an amazing person, it was an honor to work with her daily! She could step into any room and move the room to such a positive friendly atmosphere. My entire family loved her & we feel blessed that she was in our lives. Sending our love to her entire family. Love , Koets Family
Comment Share
Share via:
AH

Posted Nov 18, 2020 at 07:38pm
Terry, my heart goes out to you and your family. Though I did not get to know Angie, I do feel a connection to her through the weekly Wednesday night Perpetual Help devotions at St. Mary's. Angie was always there and I will miss her lighting of the votive candles at the Blessed Virgin Mary's altar. I am sure our Blessed Mother was there to greet Angie with open arms upon her death. I am so very sorry for your loss and ask our Lord to shower His blessings of peace and comfort upon you and your family.
God Bless.. Anne Houghton
Comment Share
Share via: 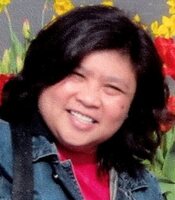